The Annulus Conservation Area is 16 hectares of lower Yarra River Red Gum forest situated in the inner part of Melbourne.

This is a remarkable situation considering that it had been farmland for 140 years up until 40 years ago, and that most of the lower Yarra floodplains are now been used for golf courses, sports fields and freeways. When combined with the similar sized forest around Bolin Bolin on the other side of the river this is one of the largest forested areas in Melbourne!

It also has the Annulus Billabong which is coming back to life as a key billabong of the Yarra corridor.

When you stroll around this forest you actually feel totally removed from suburbia. The Yarra River glides along two sides of the forest (and it is forested on the other side of the river as well) and the other two sides are buffered by more open treed areas of the park. Kangaroos and wallabies reside there along with various birds.

Most of the trees are River Red Gums that were planted back in the 1980’s. There are a few Manna Gums and lots of Silver Wattles that are nearing the end of their natural lifespan. The understory shrubs are mainly the native ‘Tree Violet’ which does go feral in places. Various weeds are a problem including box thorn and the ubiquitous groundcover ‘tradescantia’ that is a plaque especially near the river and where it is shady. However, gradually the area is being cleared of weeds and a variety of native understory shrubs are being planted to improve biodiversity. This means more wildflowers, birdlife and other animals.

Walking around the area

There are numerous tracks around the area and none are signposted, so it can be easy to wonder where you actually are at times!

A good route to follow is shown on this map. 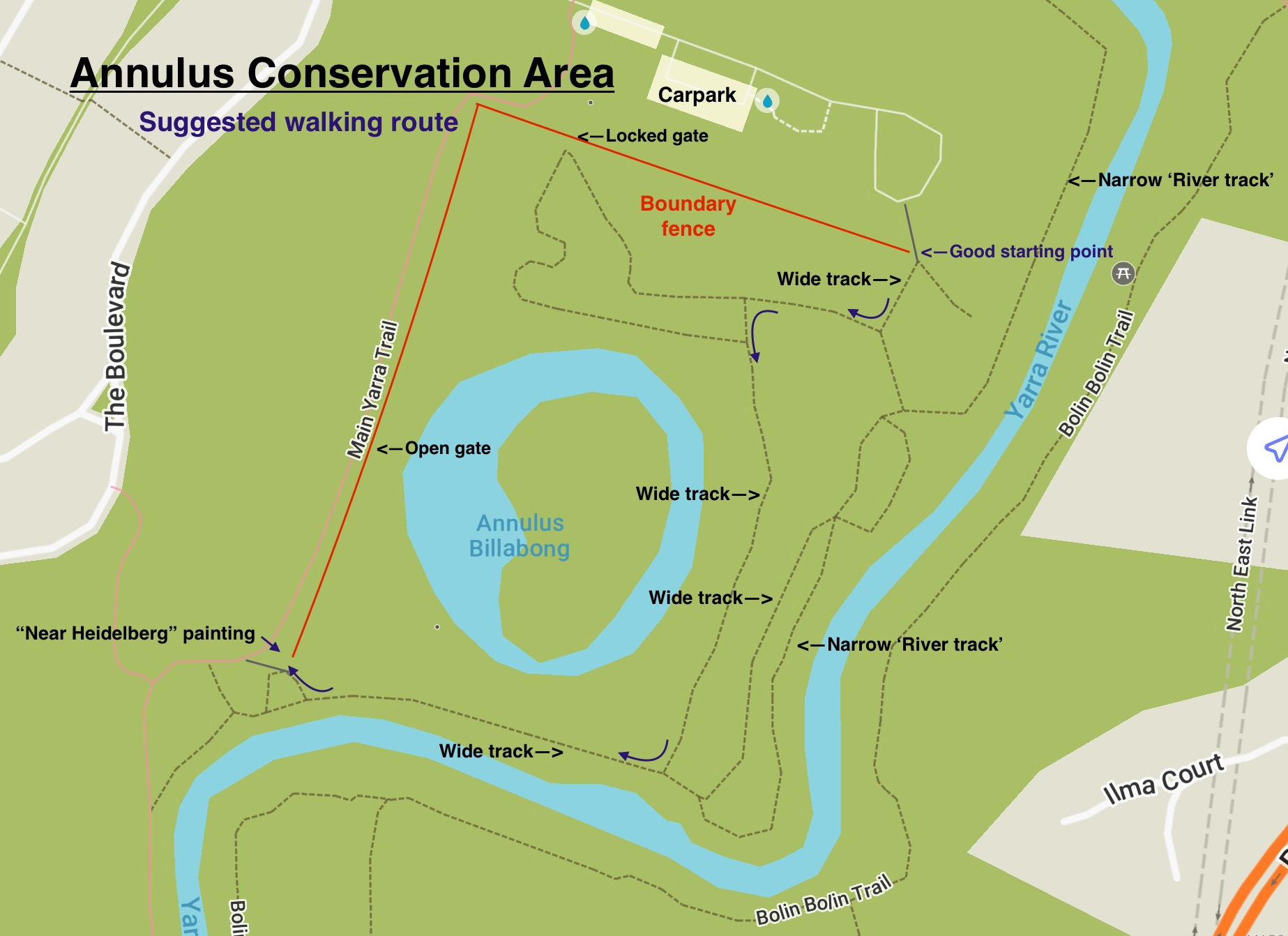 If you are not sure of the tracks the best plan is to start at the northern end of the area and head south. When you hit the river just go right and you will eventually come out onto the Main Yarra Trail.

Bikes and dogs are not allowed in the area. Please never have a dog there off lead as it might chase a wallaby or a kangaroo. Kangaroos are quite capable of killing a dog!

It is a precious asset in a city that is rapidly cutting down trees to make way for housing. It is a great place to connect with nature and just chill for a while.