On the Queen's Birthday long weekend with Melbourne in "lockdown" and people unable to get away, it was again our local park that provided a place to find pleasure and mental sustenance.

The biggest flood for some years did what floods are supposed to do - inundate flood plains to rejuvenate the billabongs and soils there. (This does seems to mystify some people).

5 of the 6 billabongs in the park were treated to this increasingly rare transformation. The Annulus missed out by about 15cm of river height. This is very likely to mean that Melbourne Water will need to spend many thousands of dollars to do it by pumping later this year - Ouch!

This is a pictorial look at the various billabongs and the delightful conjunction of water and trees - which are the backbone of our park.

Banksia Billabong has been forgotten up until now.

However, it has very old trees and with the addition of more water by Melbourne Water it has huge potential. 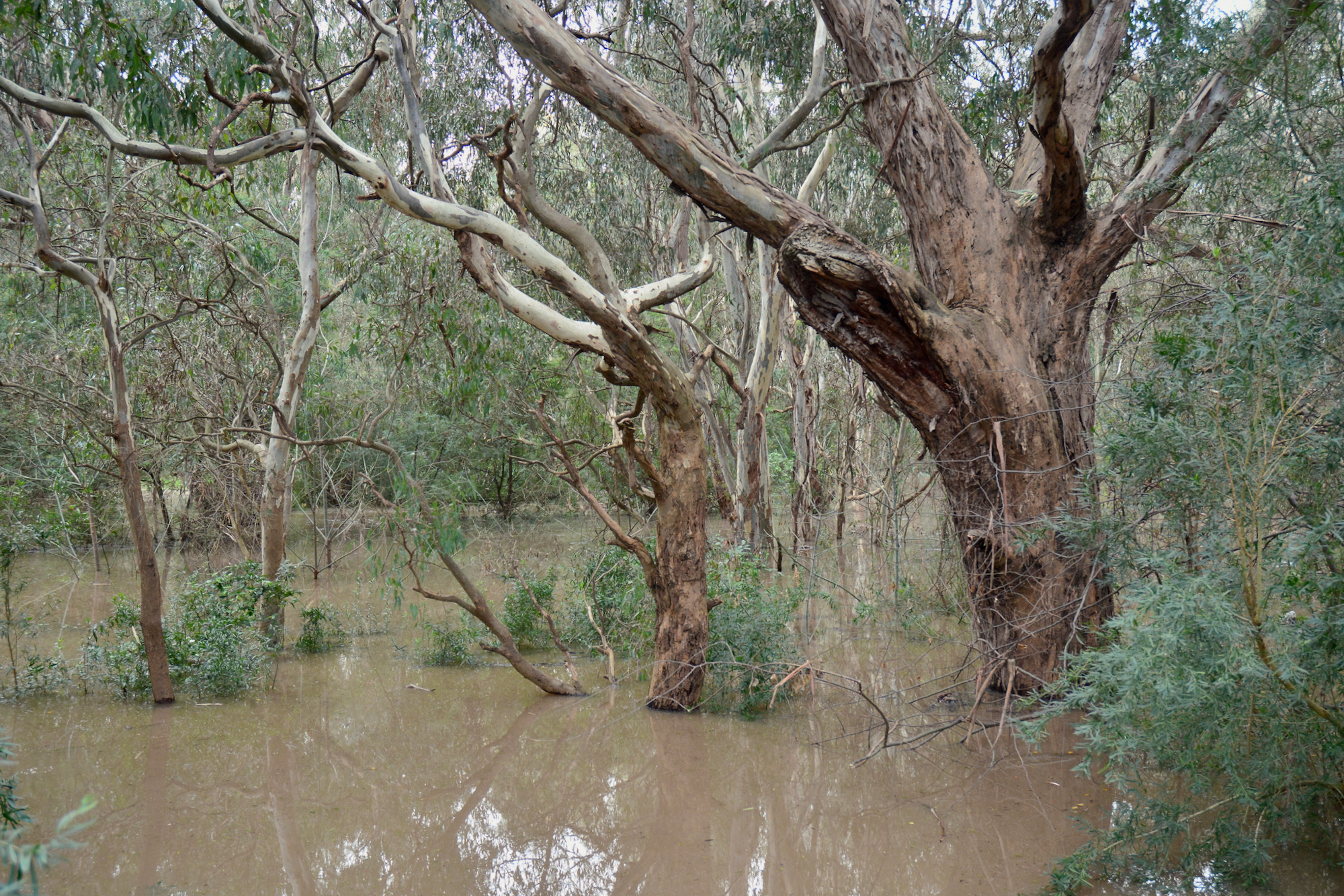 The spillway starts to flow 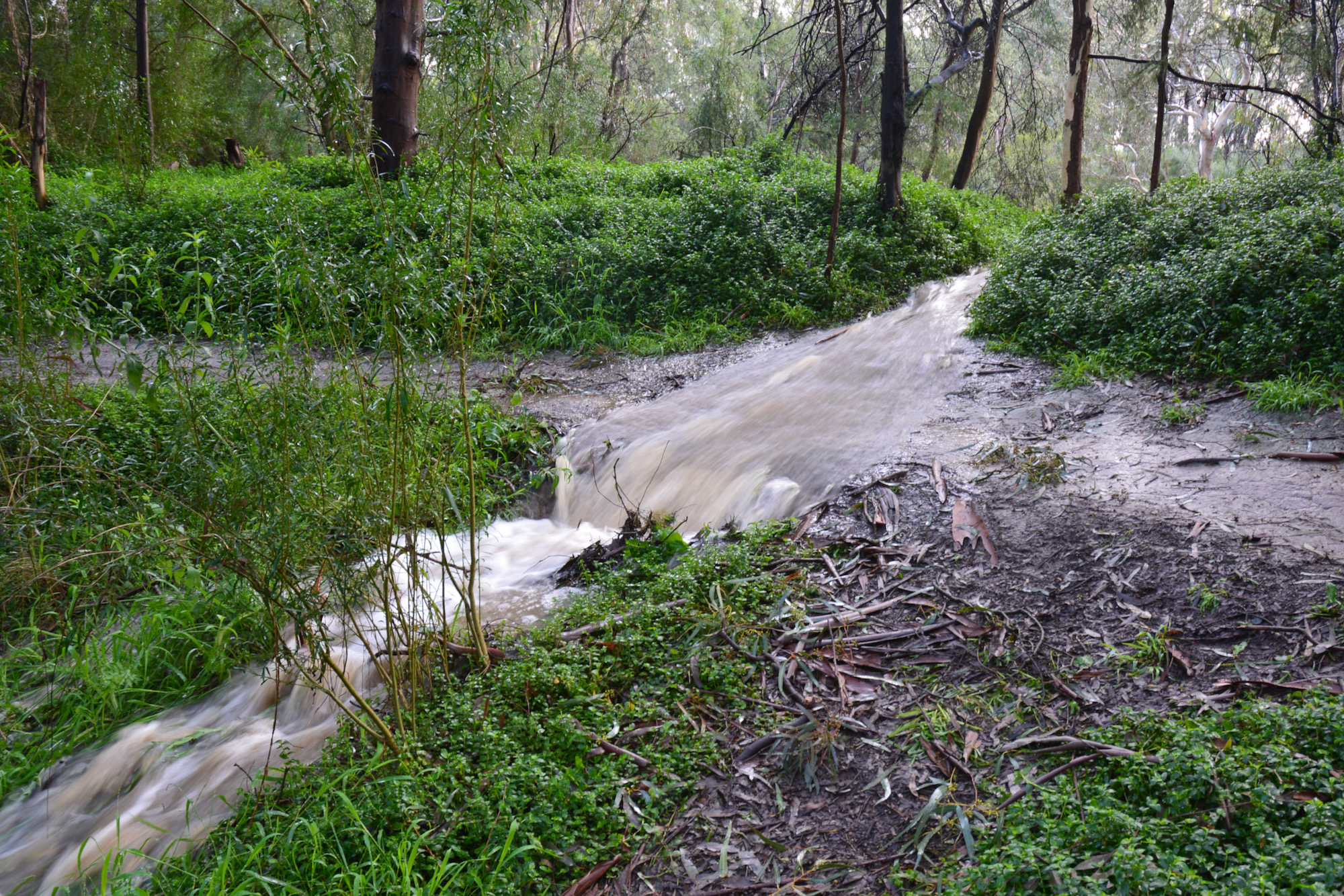 Check this video of it in full flow:  https://youtu.be/sBX_l38kGFg 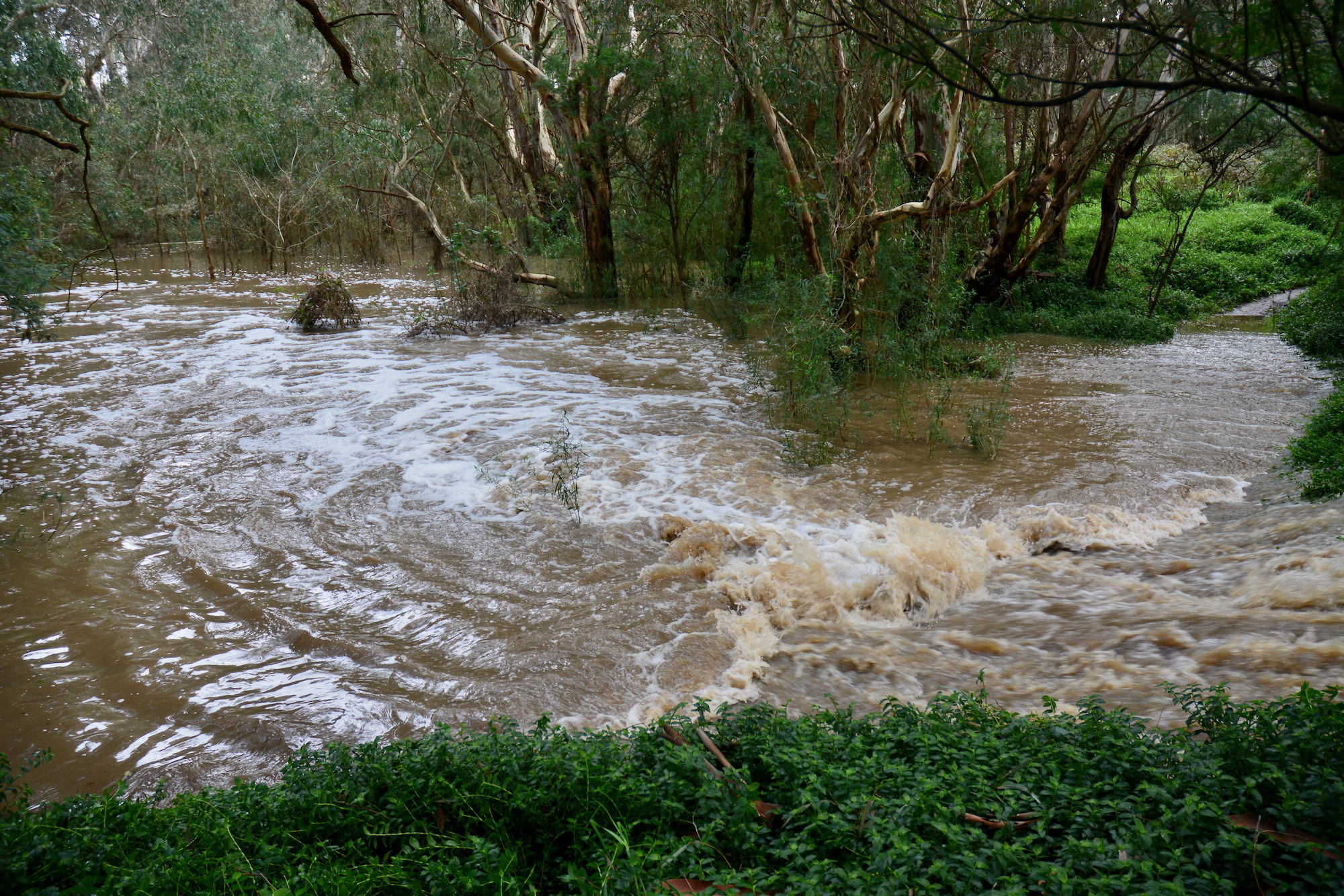 The "Stooped Centenarian" tree has seen it many times before 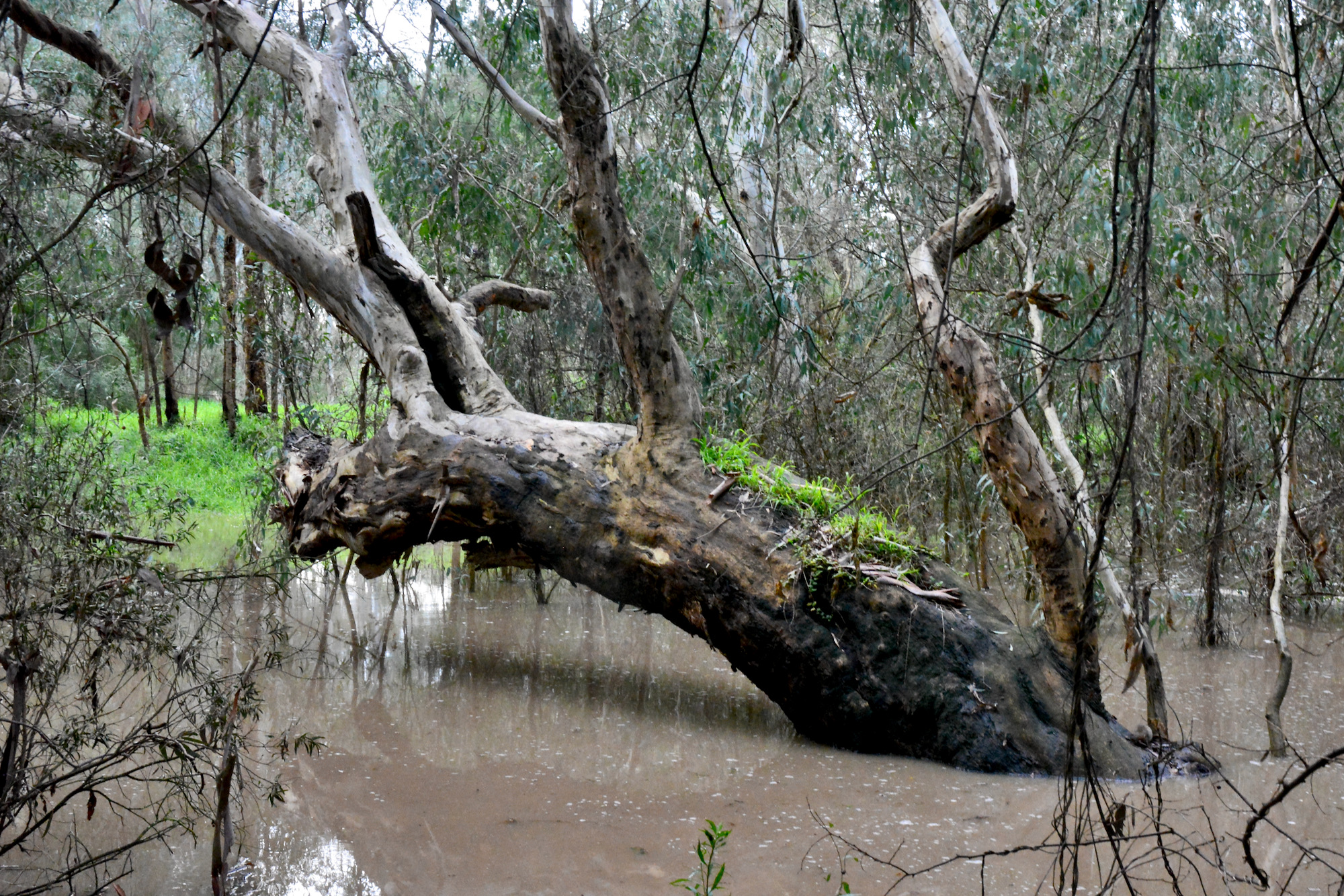 These younger River Red Gums will compete to overshadow their neighbours so it is straight up.

The textures in the bark of the River Reds are a delight against the still brown backdrop. 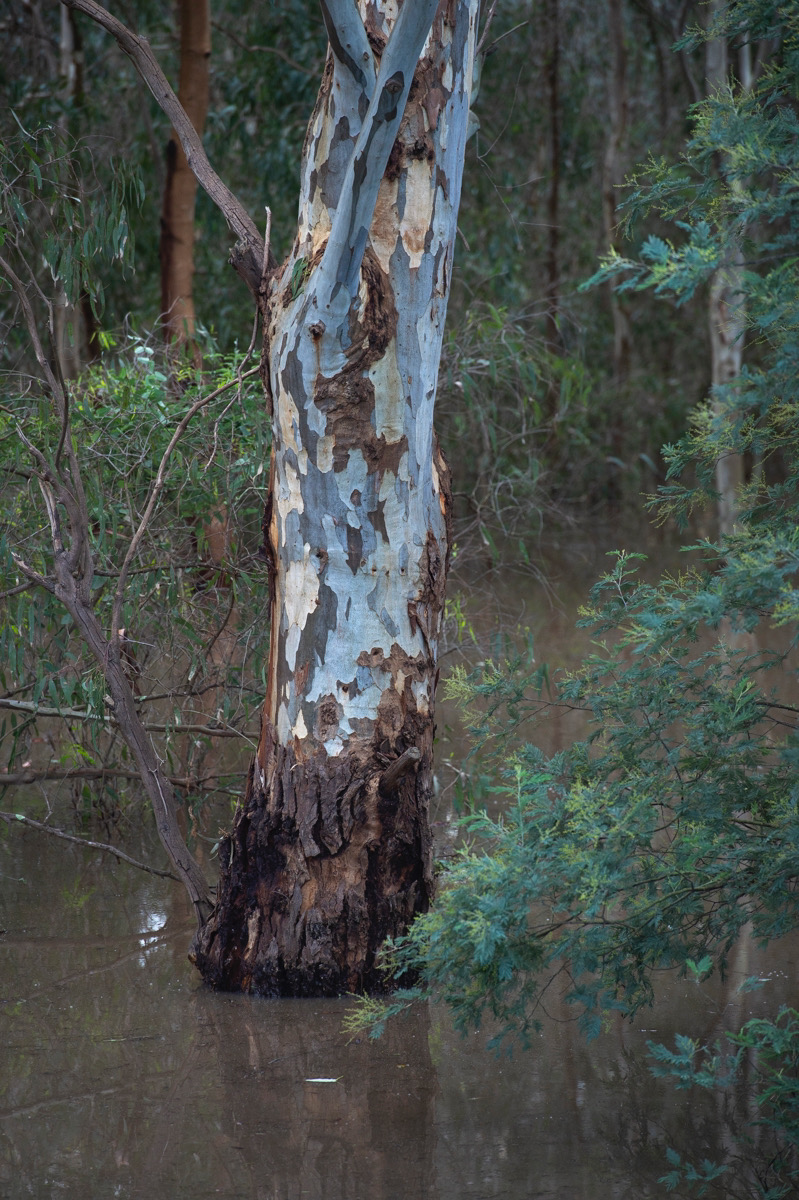 The sunshine makes a beautiful tapestry of the scene. 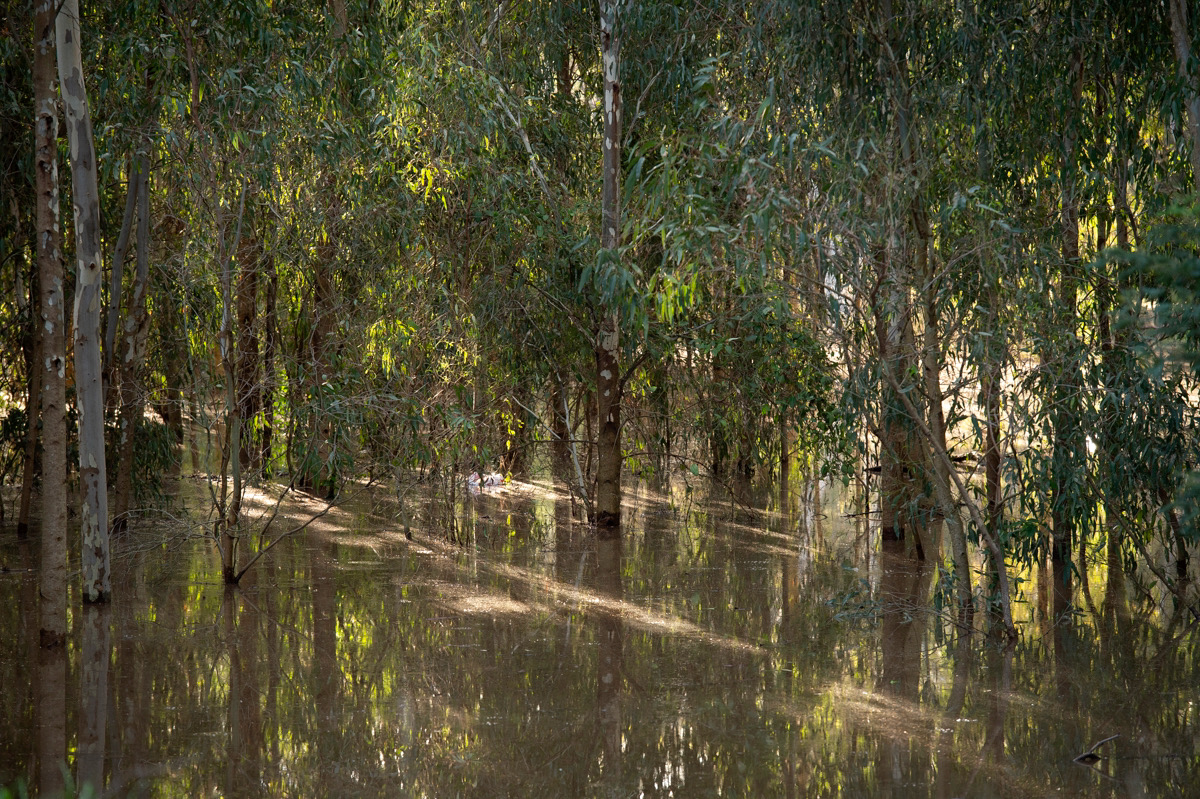 The maximum extent of flooding 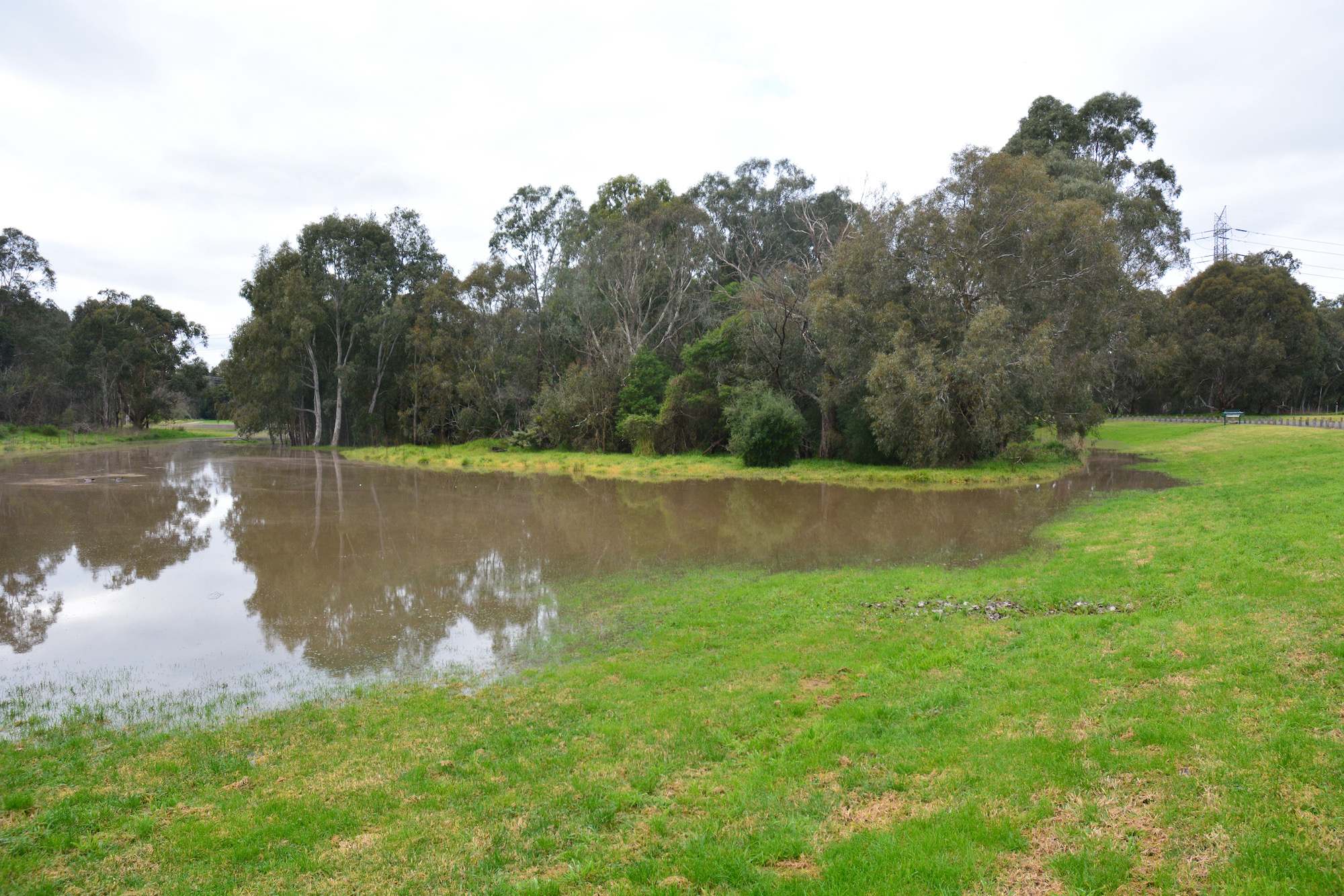 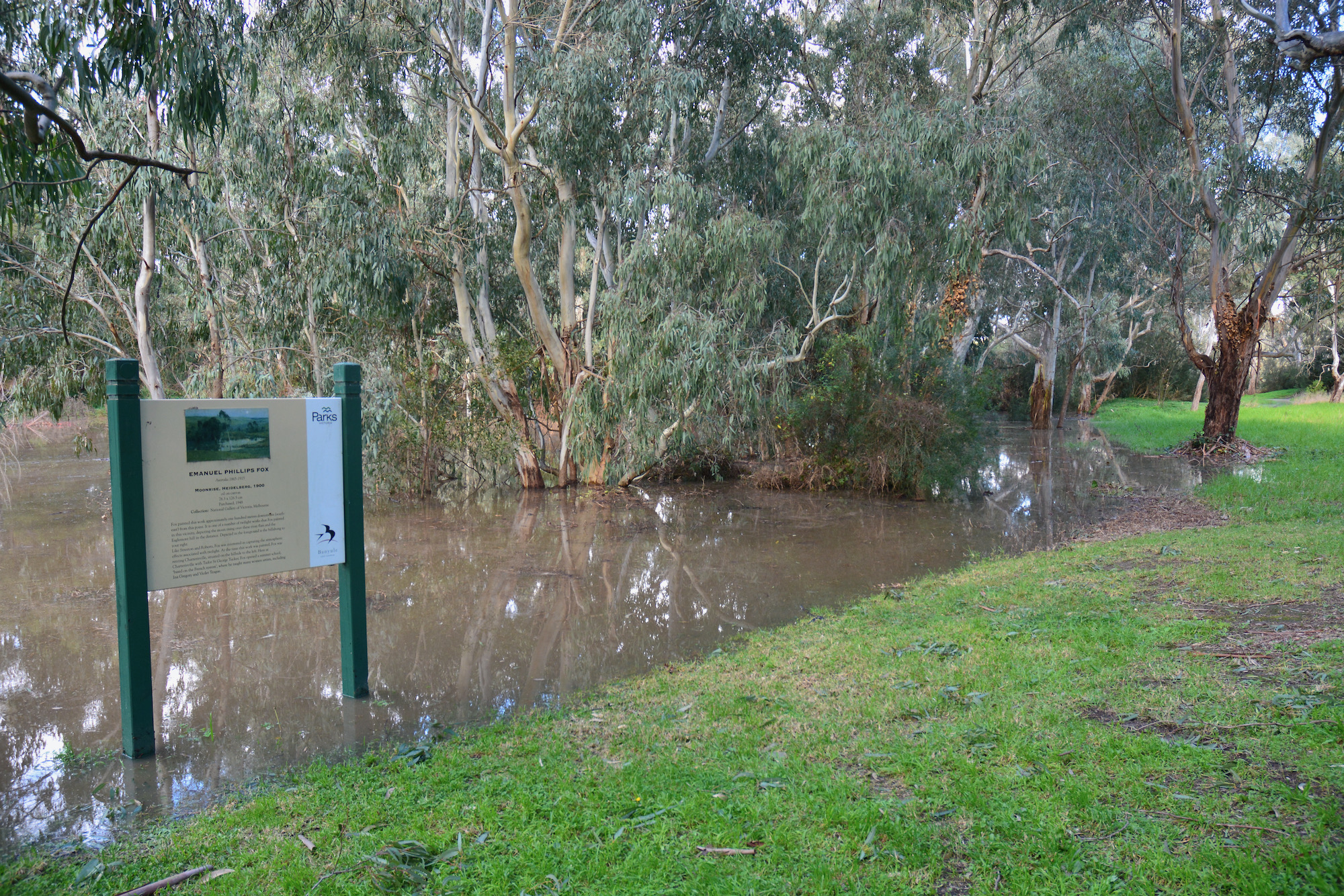 One of the most delightful trees in the park 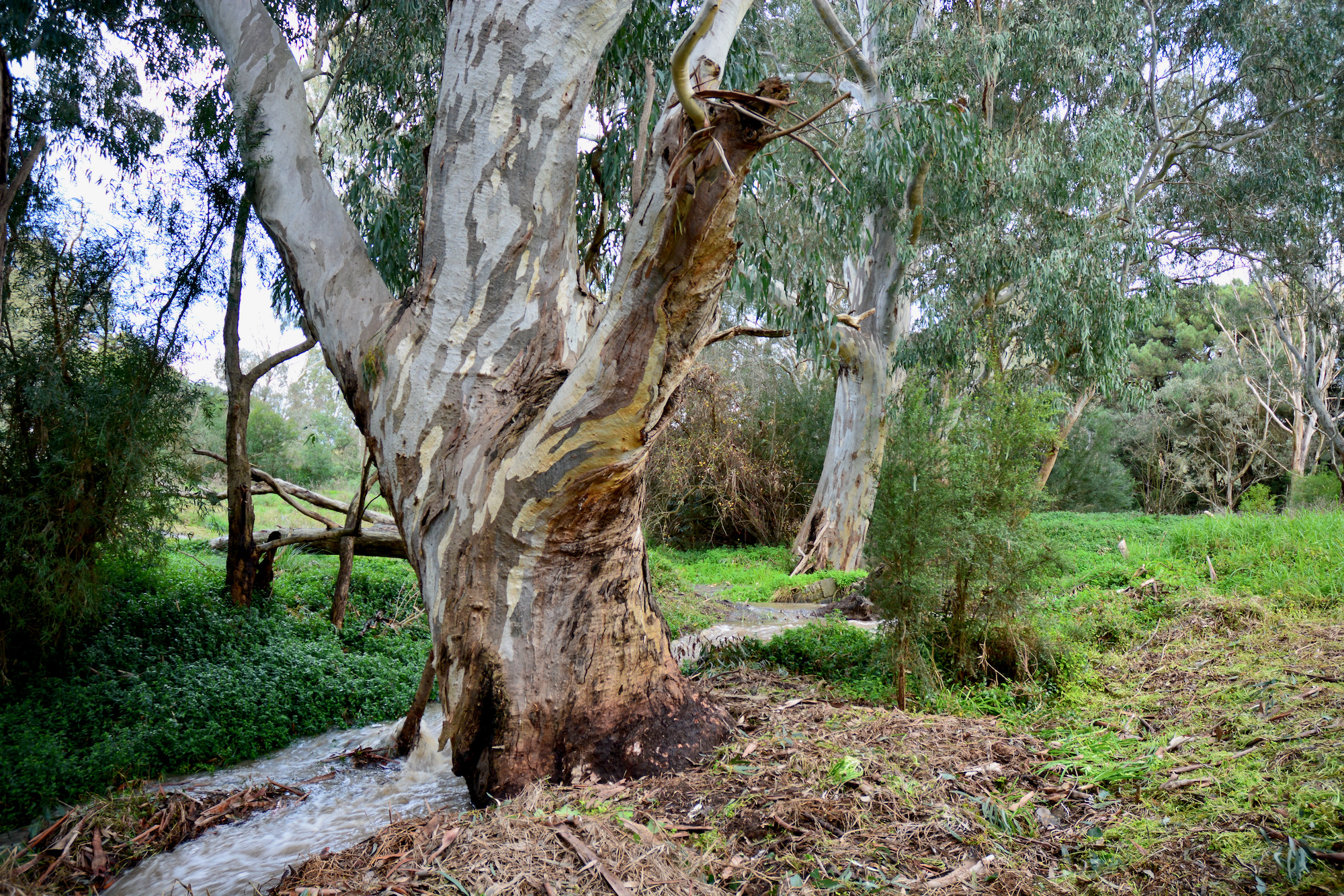 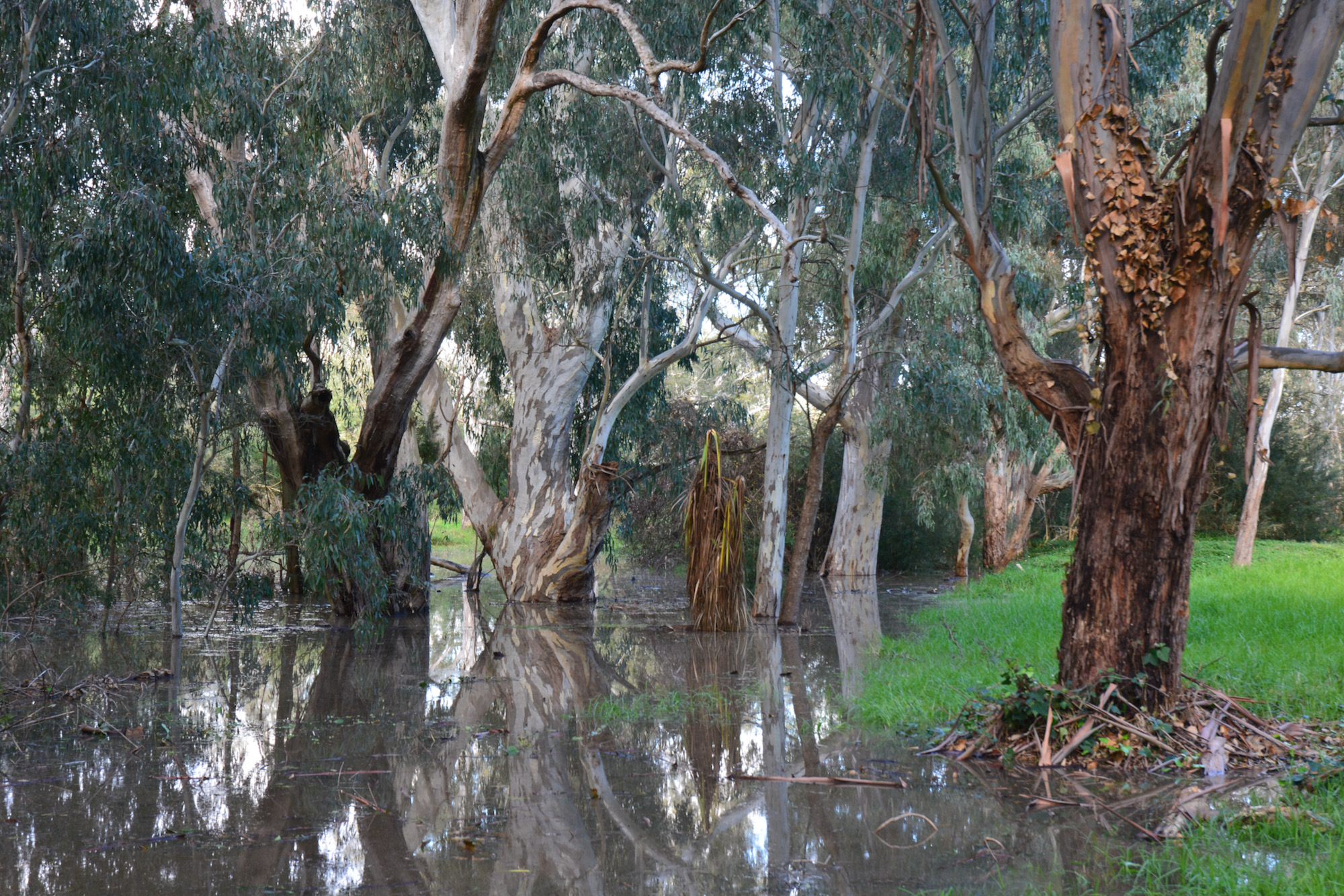 On the edge of the dark forest

Not everyone is impressed by this flooding business. 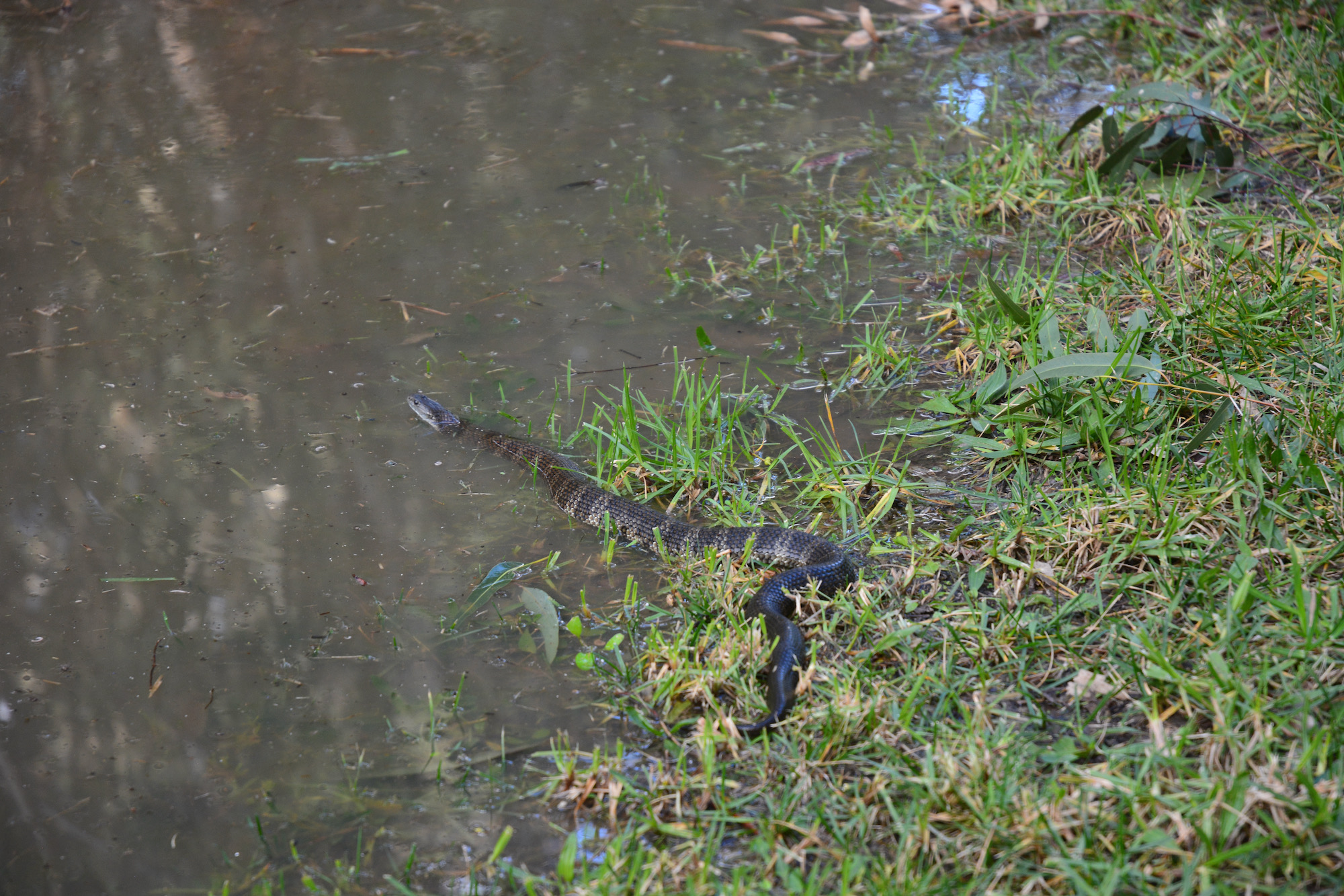 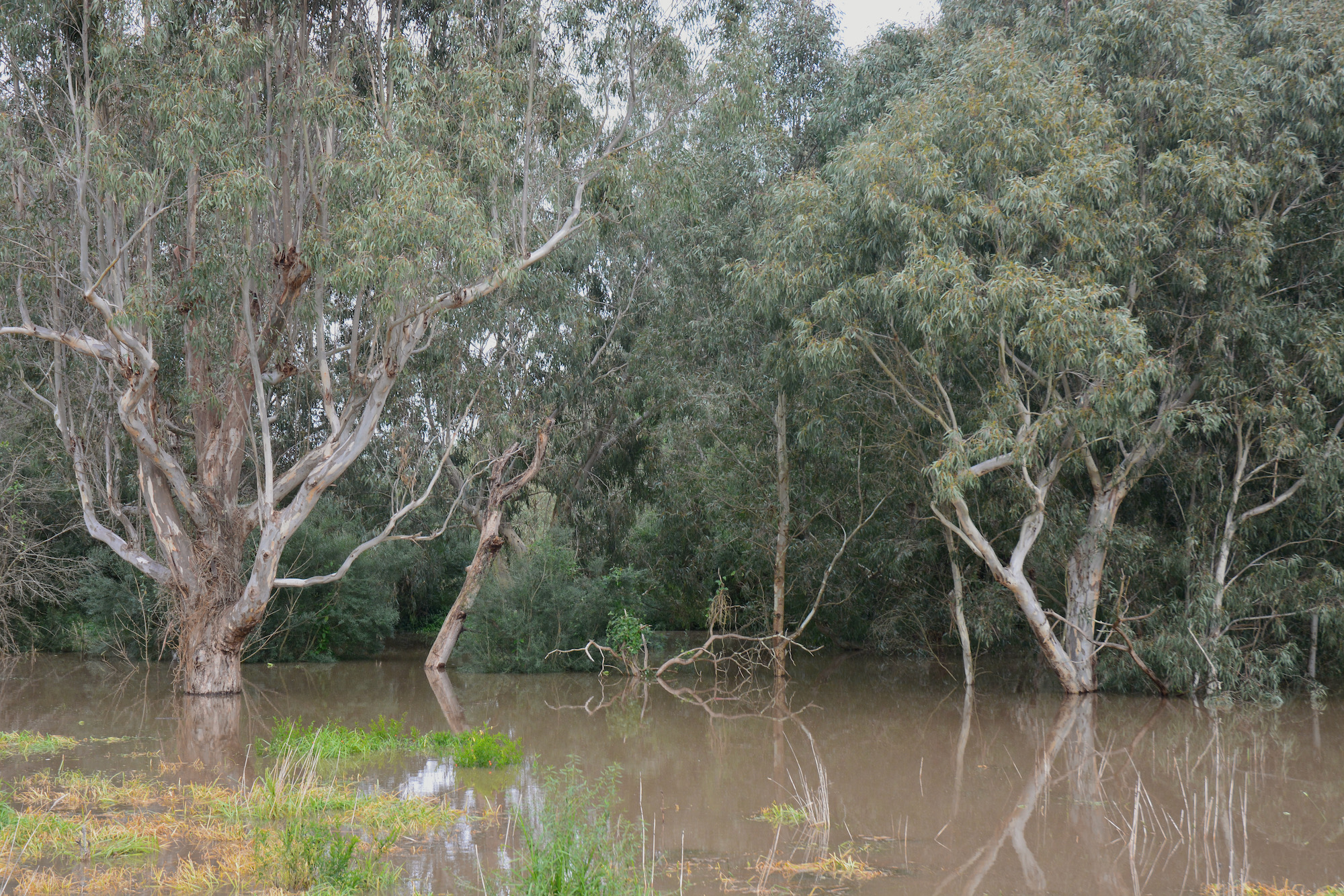 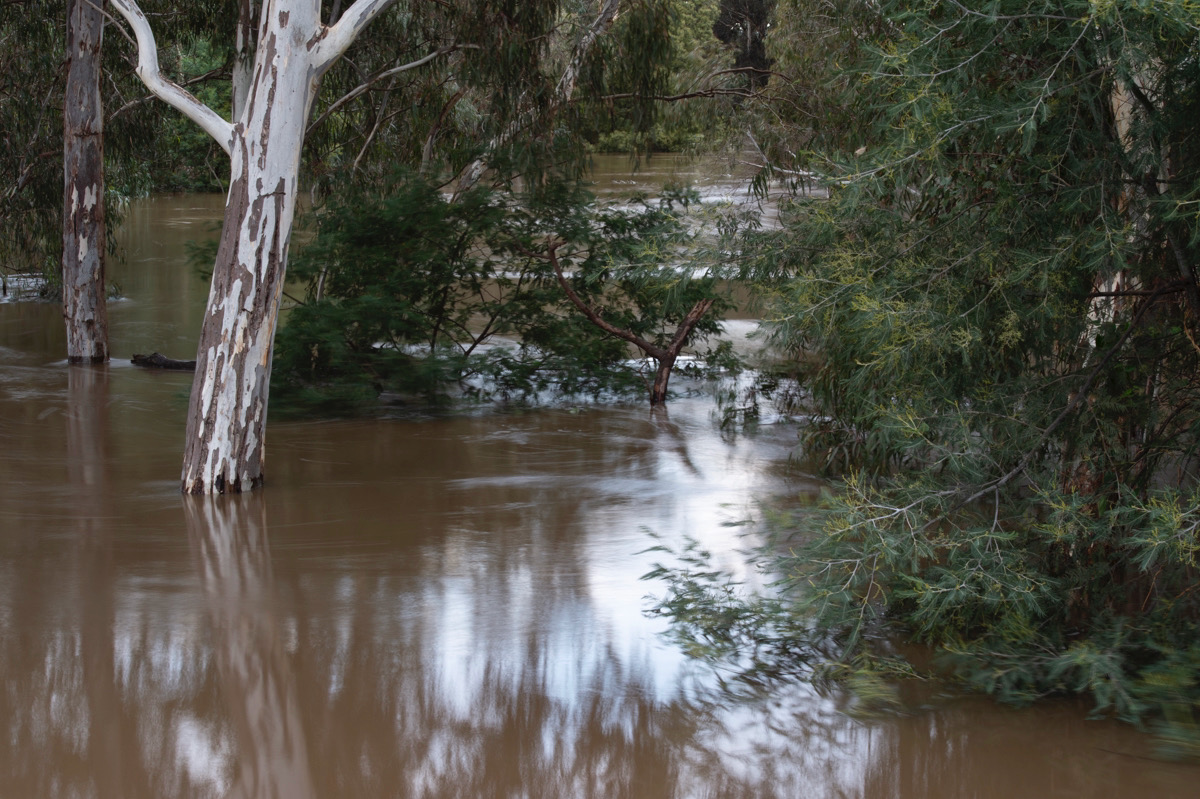 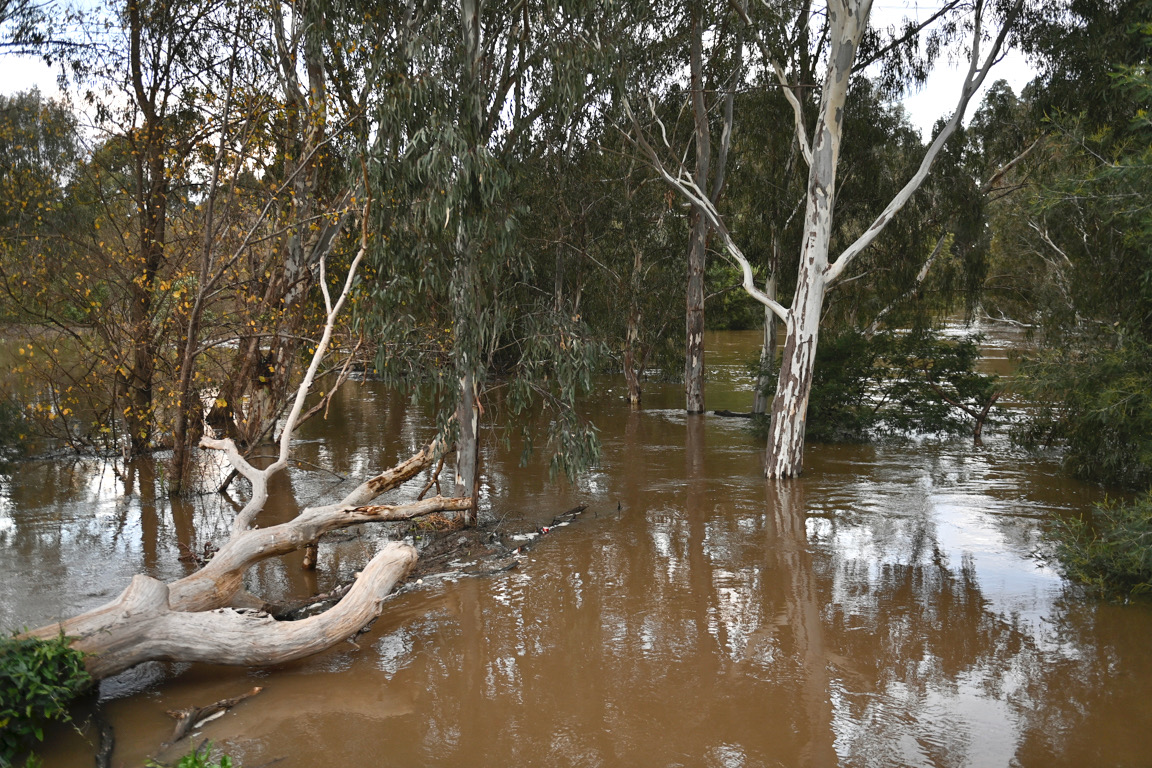 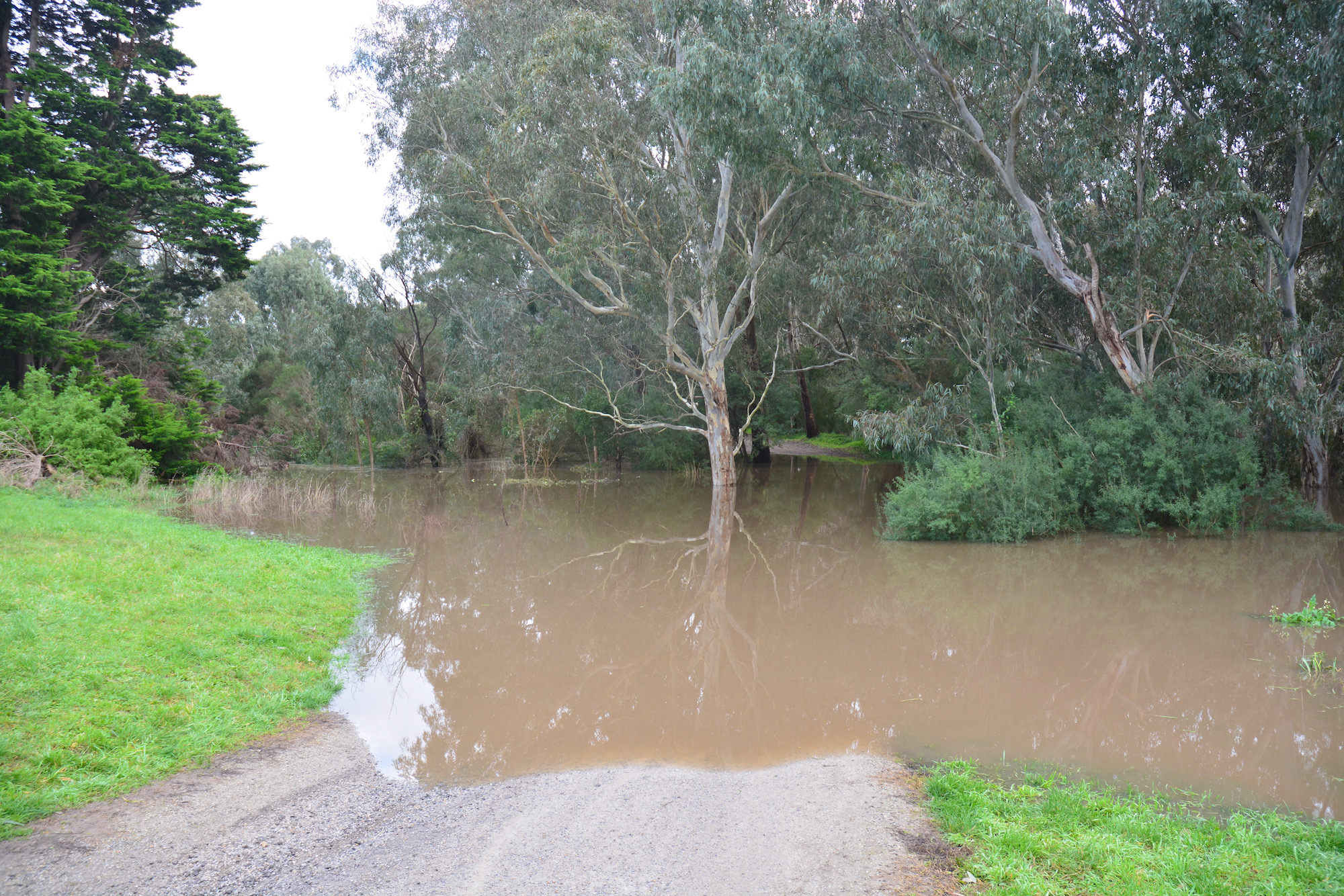 Again the bark of the gums stands out 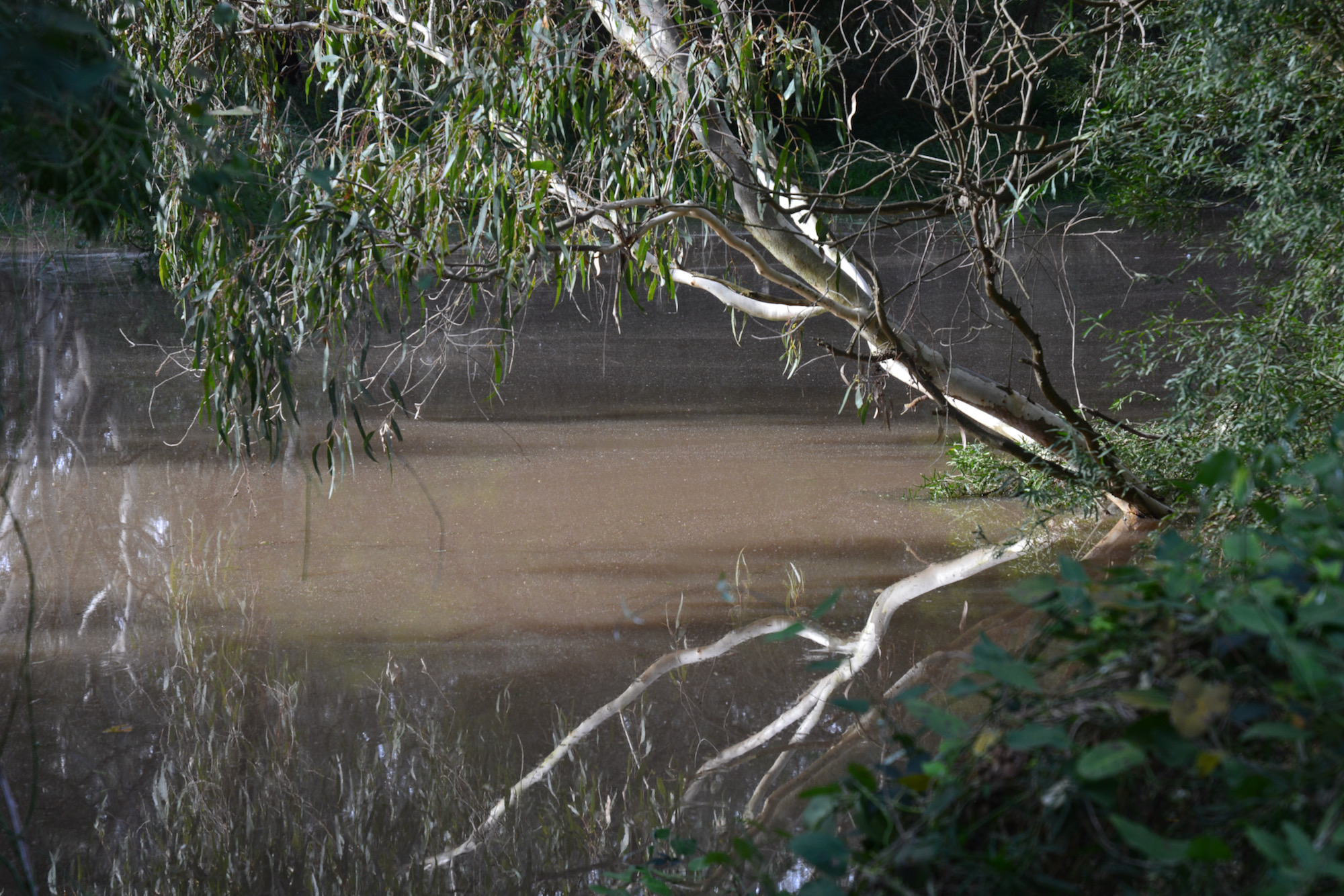 The depression north of Banksia Billabong 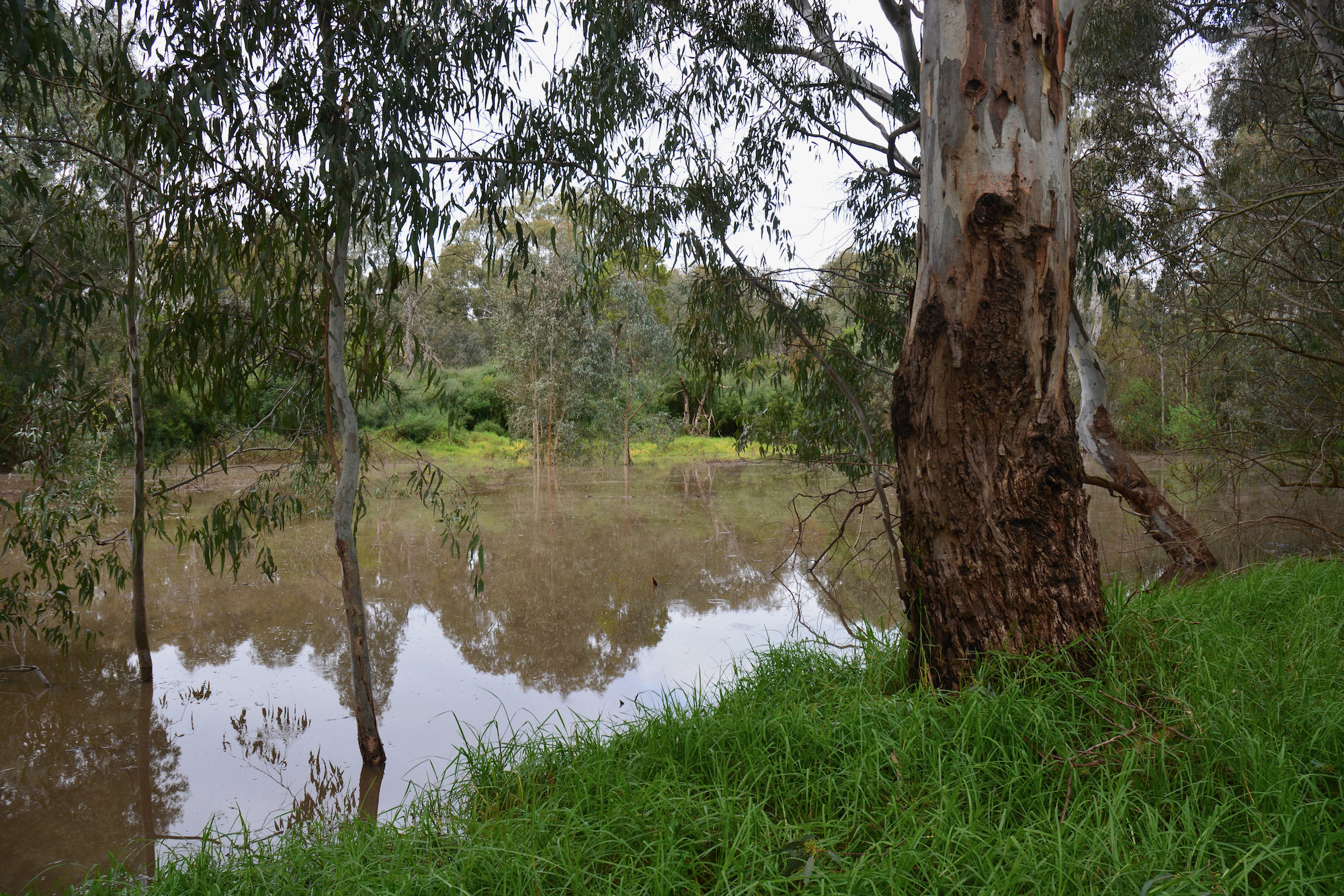 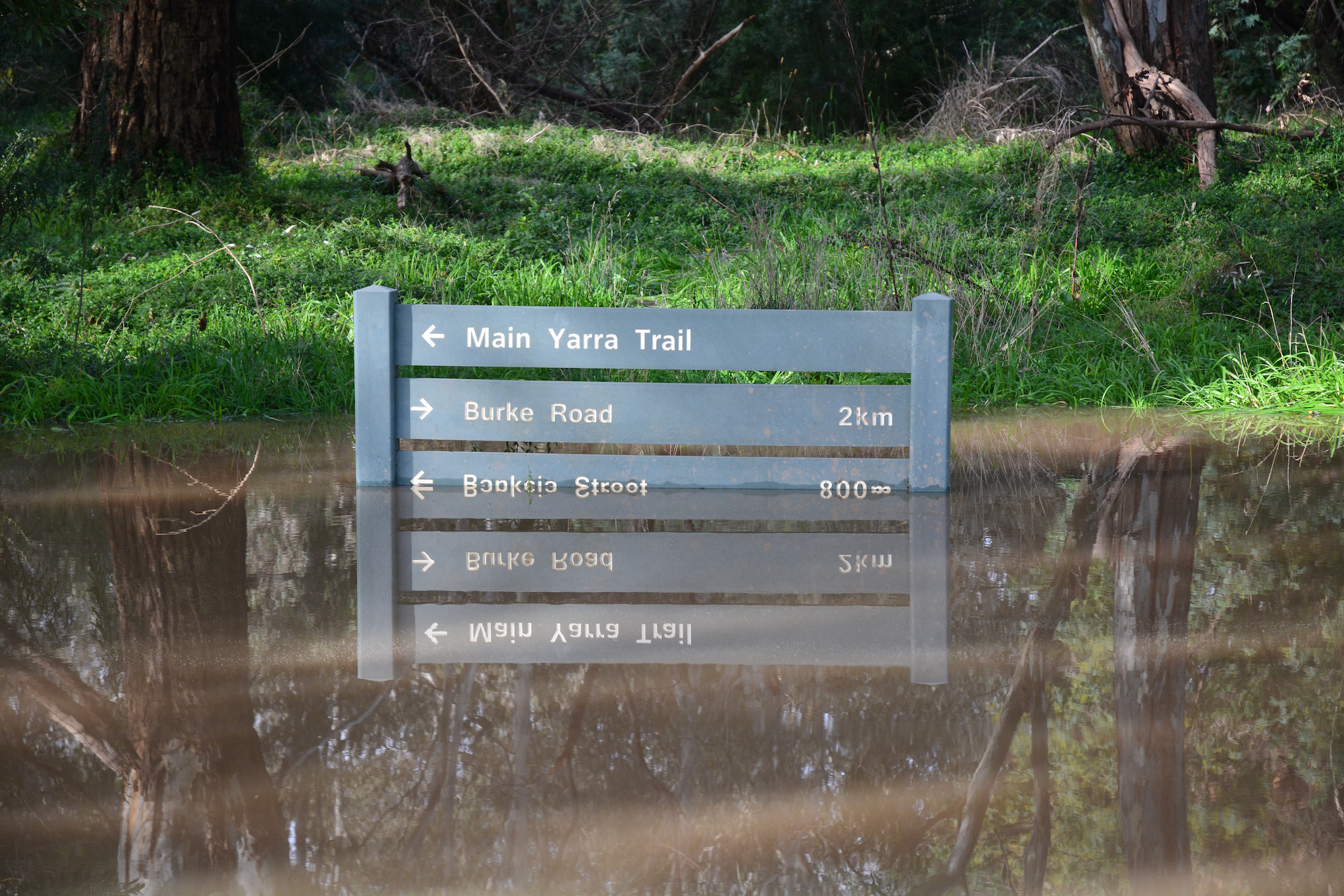 A nice start for this billabong under a new name. 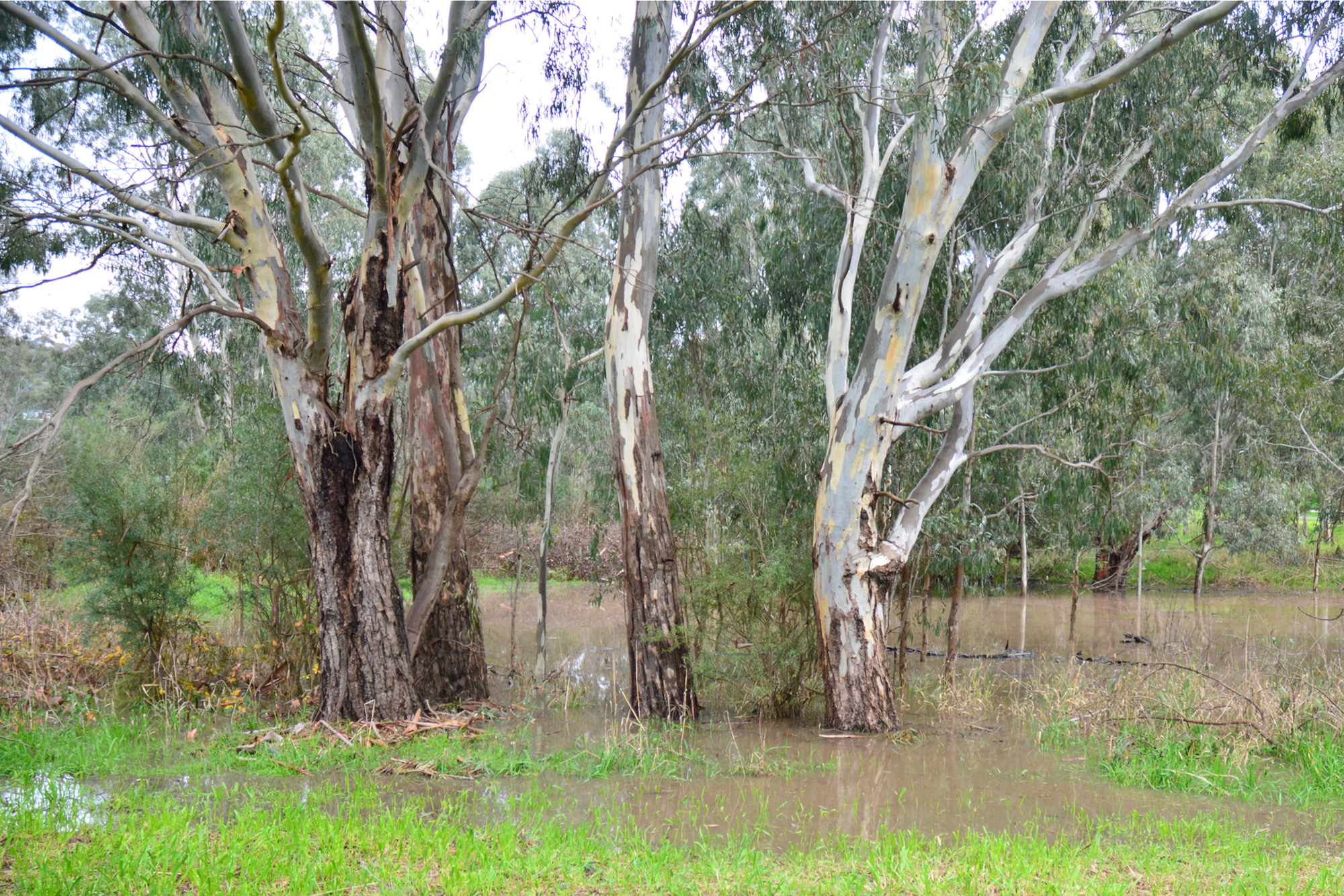 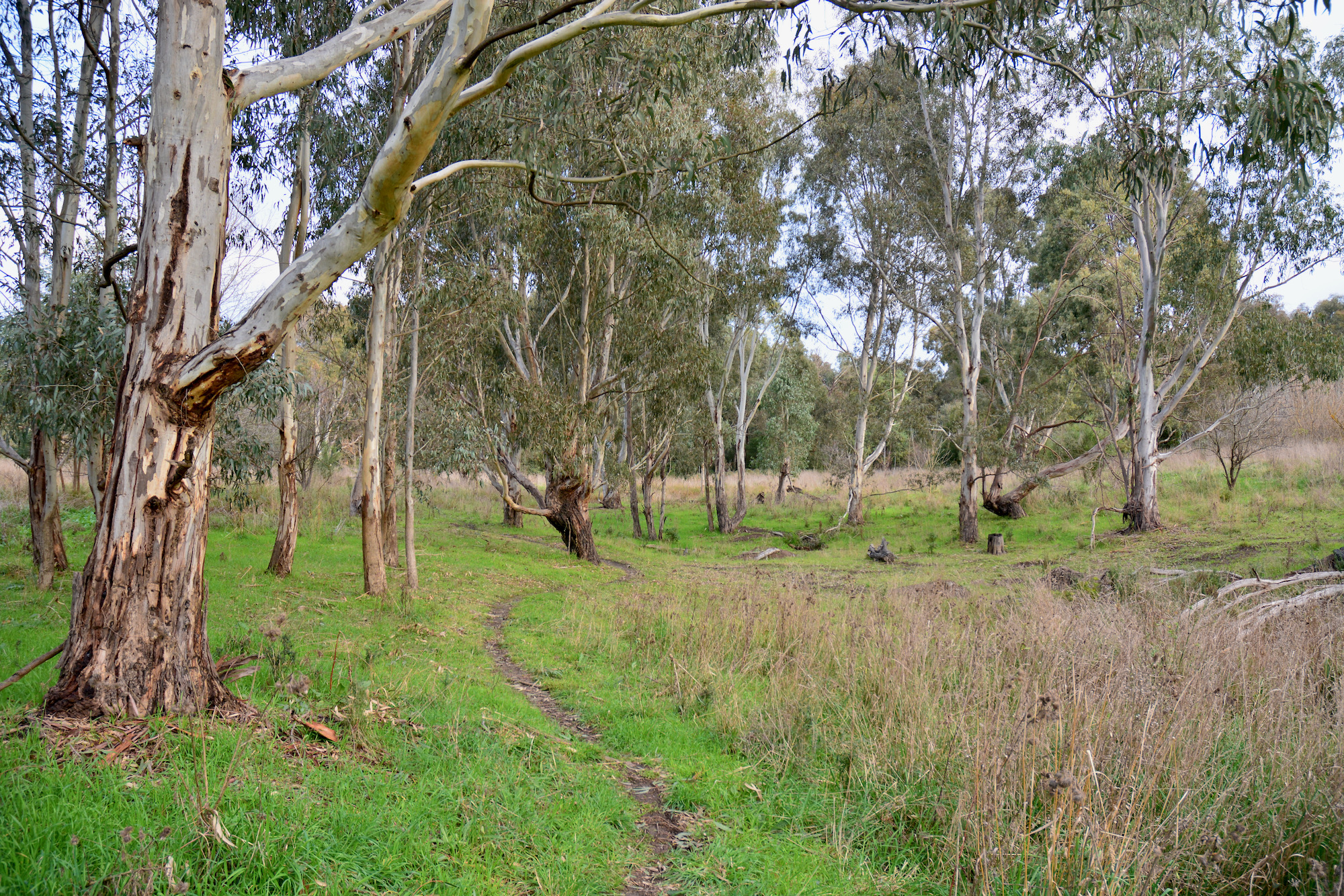 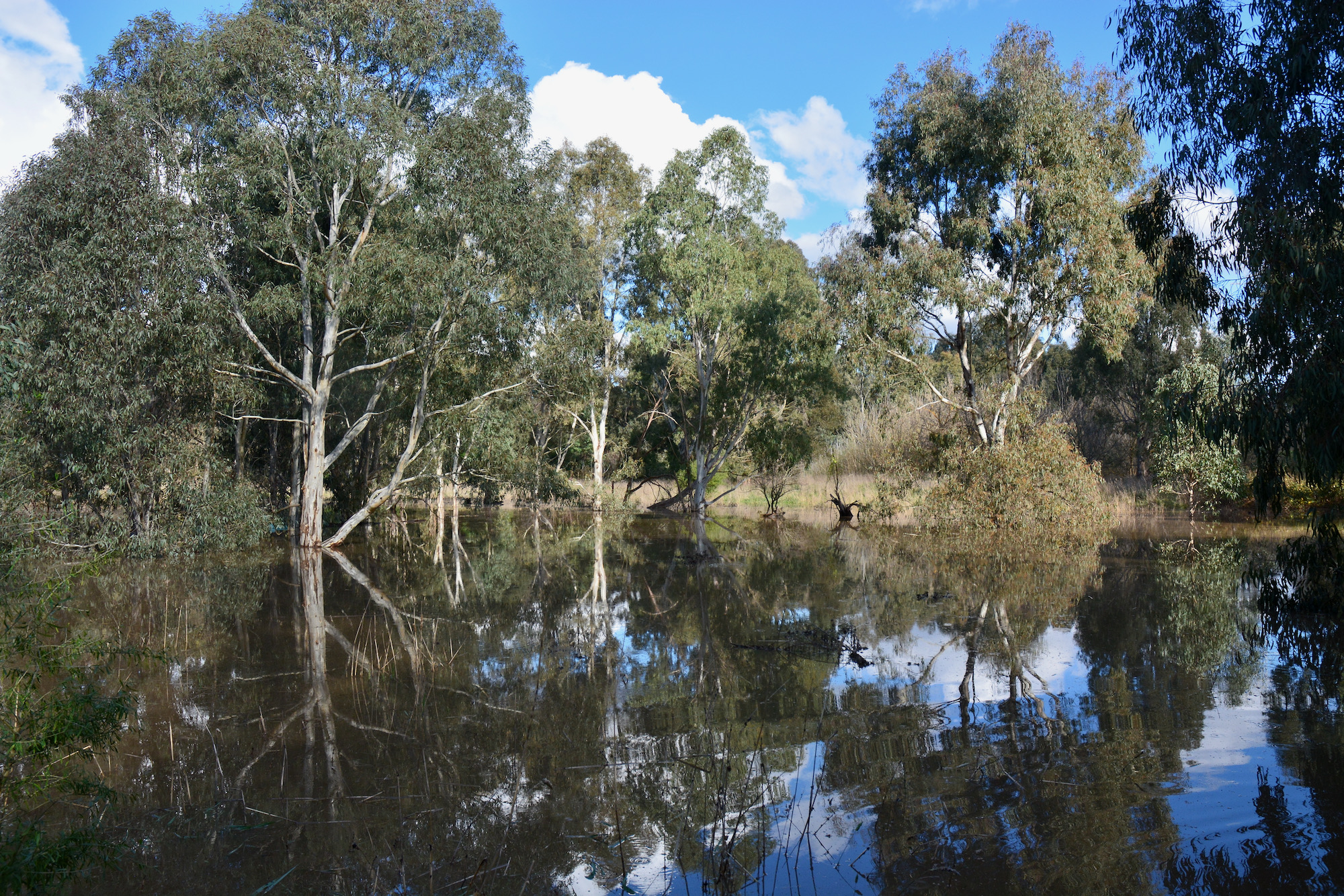