The Annulus Billabong could look like it did in 1982

The story of The Annulus Billabong

For tens of thousands of years the The Annulus Billabong was used by the Wurundjeri people along with the surrounding billabongs - particularly Bolin Bolin.

After white settlement in the 1830's the area was rapidly converted to agricultural land, with clearing of most of the native vegetation apart from some River Red Gums along the Yarra river.

In 1957 the Upper Yarra Dam was finished and flows in The Yarra diminished significantly. This dramatically reduced flooding events and natural refilling of The Annulus.

In the early 1980's the MMBW devised a scheme to re-water it by erecting windmills to pump water into it from the river.  This worked very successfully for several years and the picture above is from this time. However, money to maintain the system ran out and trees grew up around the windmills leading to its abandonment.

Climate change and increased extraction of water from The Yarra have further reduced this natural filling from the river and it is well over 10 years since it last had water.

Despite all this the vegetation of The Annulus is in surprisingly good shape without too much weed invasion. This has led Melbourne Water to designate it  as one of the 11 key wetlands along The Yarra River.

So the challenge is now on to re-water it and restore it to a thriving natural asset for all of Melbourne to enjoy.

Melbourne Water has done an assessment of once again re-watering The Annulus Billabong and is of the opinion that it would be best done by creating a stormwater wetland just next to Banksia Street using water diverted from the Banksia drain under Banksia Street. The outflow of this wetland would then feed into The Annulus and Banksia Billabongs. Melbourne Water are in the process of doing a detailed study of the project.

We vigorously supports this project. 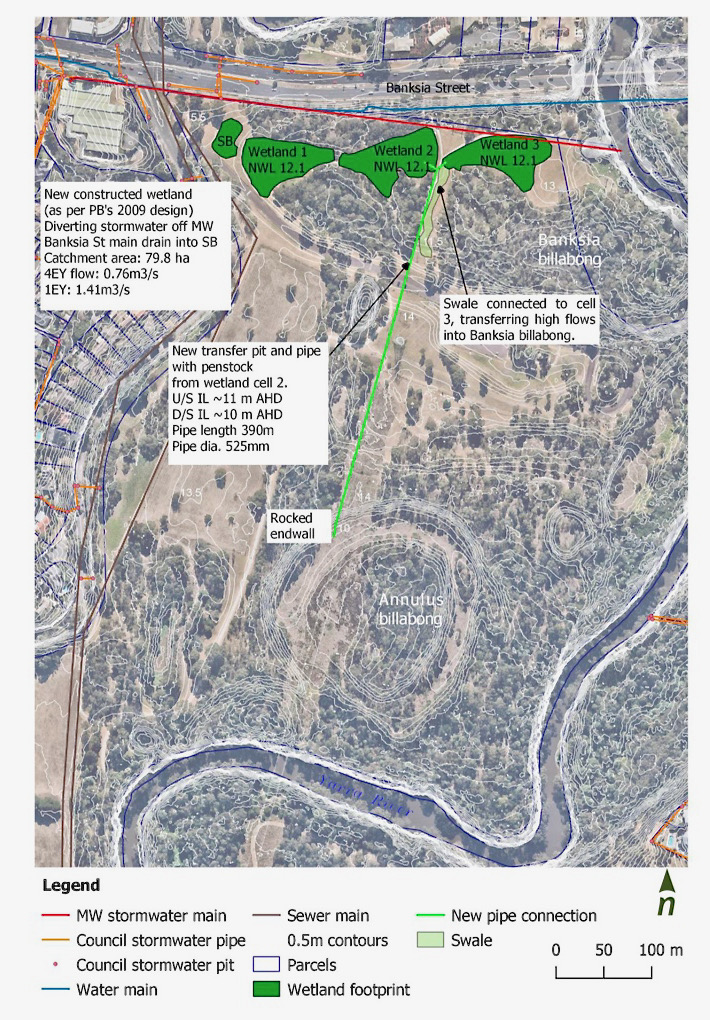