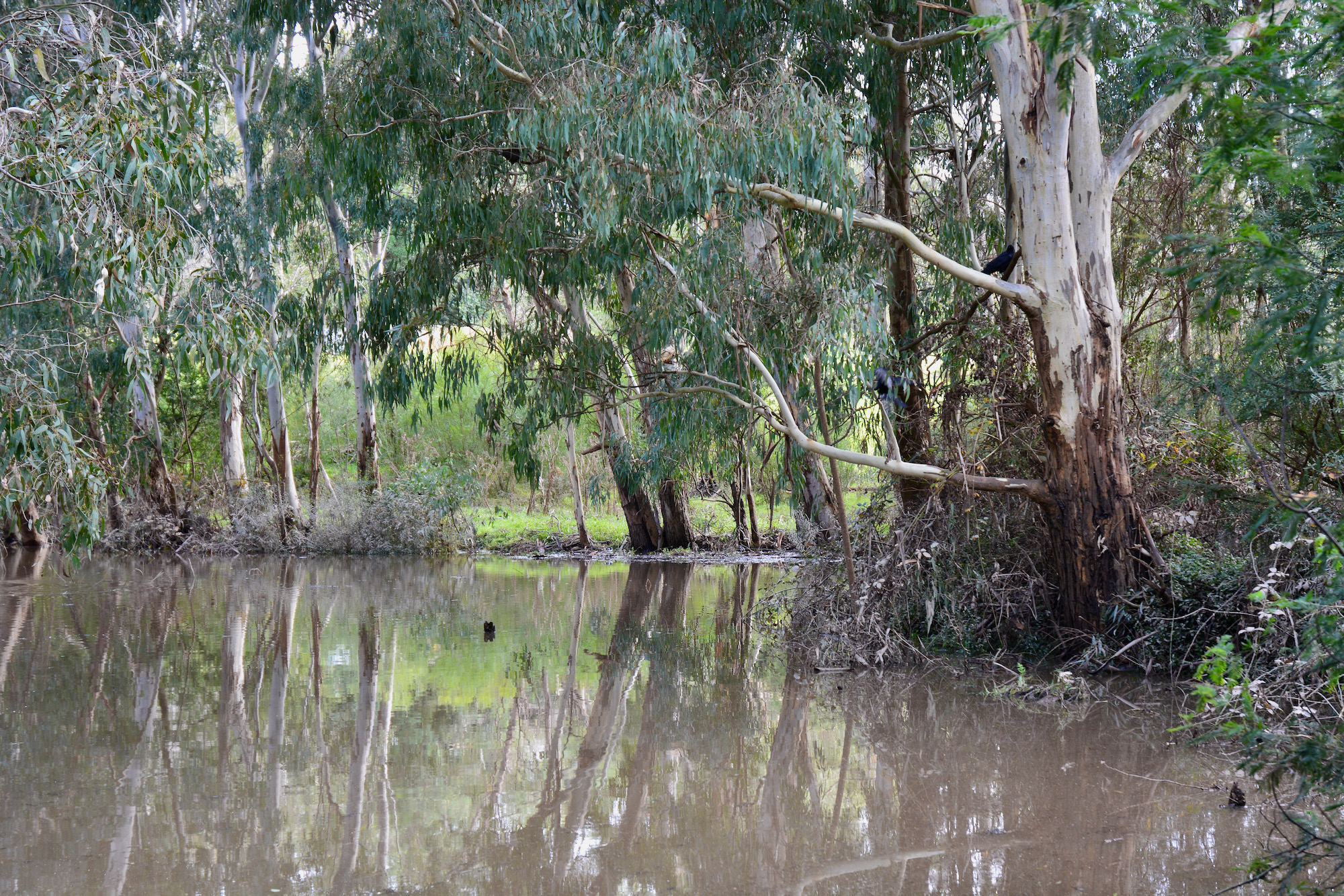 The Phillips Fox Billabong is typical example of one of the few remaining billabongs along the lower Yarra River.

However, it has quite a unique history to it.

It is an ephemeral billabong - meaning that it contains surface water some of the time and is dry at other times. This is a common situation for Australian billabongs with our variable rainfall and flooding patterns. Many Australian ecosystems have adapted to extremes such as floods, droughts, fire, cold and heat. This actually creates quite complex ecosystems that have various components that can flourish during these different phases.

Pre-European settlement, the surrounding riparian woodlands were fairly open with scattered areas of understory shrubs and lots of native grasses.

The Koori people frequented the area for food gathering and cultural reasons. Just behind the billabong is the large ancient ”Stepped Tree” which was used by the Koori for centuries.

Almost all of the surrounding vegetation was cleared for farmland in the 1830’s, starting only months after Batman and Fawkner arrived.  The adjacent open paddocks are probably the oldest land still being farmed in Melbourne. In 1839 it became part of the “Charterisville Estate” which was established by David Charteris McArthur who was the Melbourne manager of the Bank of Australasia [forerunner of the ANZ Bank].  Gardens, orchards and vineyards were planted around the billabong.

Charterisville House (which still exists on Burke Road North) was used extensively by the Heidelberg School Impressionists from around 1890 to 1900. Many of these great artists would have stood next to this billabong admiring its Australian aesthetics. The Artist’s Trail painting “Moonrise” by Phillips Fox shows the billabong in 1900. 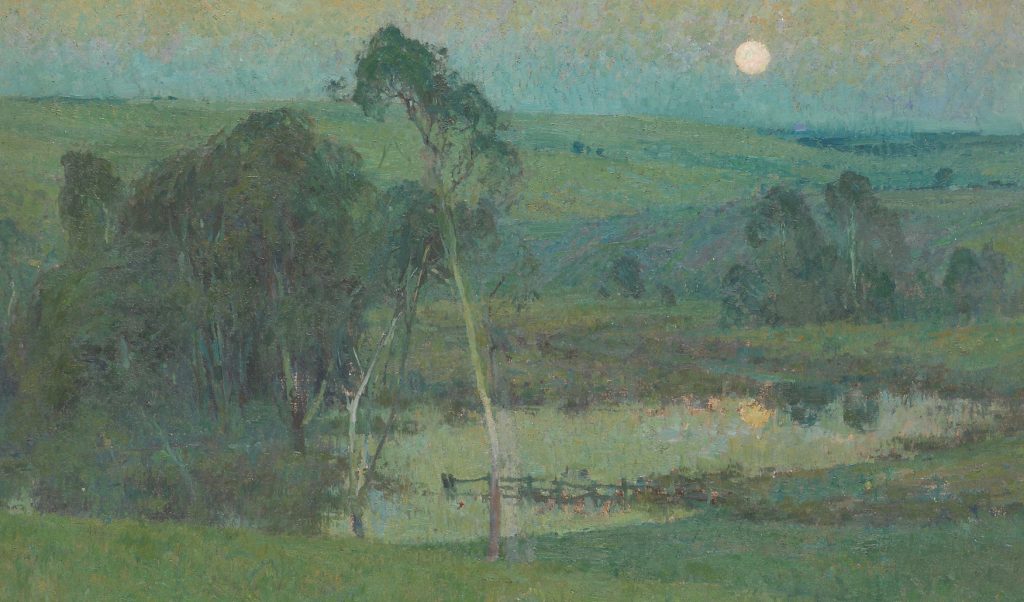 In 1912 Chinese established market gardens around the billabong. These lasted until the enormous flood of 1934 when everything was washed away. The Chinese wall in the entry channel is a relic of this era.

Flood events along the Yarra River are less common nowadays due to the Upper Yarra Dam, extraction of water and climate change induced lower rainfall. However, the Phillips Fox Billabong is the billabong in the park which most frequently contains water in these drier times. This is due to it having a low entry level for floodwater and it receives runoff from the adjacent escarpment. There is no stormwater system along The Boulevard above the billabong to divert water straight into the river. Instead rainwater is able to flow into the billabong or soak into the groundwater table which then feeds the billabong.  Prior to European settlement this replenishment of billabongs from local water was actually critical for billabong health. Stormwater systems and lowered water tables are now posing major problems to our billabongs.

The billabong currently has water in it due to the flood in June 2021. Water came along the channel that extends from the downstream end of the billabong to the river.

The floor of the billabong, which is presently underwater, is a good example of a floodplain wetland environment. It is covered in native species that are forming a healthy ecosystem. Some of the plants are annuals and can quickly flourish after the billabong dries out, while others are perennials that are slower growing and cope with being inundated. Sedges (esp. Carex sp.), Knotweeds, Lesser Joyweed and rushes are the main plants.

The surrounds of the billabong are an example of a riparian (floodplain) forest. The trees are mainly River Red Gums with some Manna Gums and Blackwood & Silver Wattles. Some of the River Red Gums are hundreds of years old and many have hollows which wildlife love. River Reds need to be over one hundred years old to start developing these hollows, but the older the better.

The dense thicket forming understory shrub behind the billabong is Tree Violet which is native but a badly behaved one – it is rather out of control.

Unfortunately many weeds -small and large- have been allowed to invade the area over the last 185 years.

See the detailed history of the Phillips Fox area and the history of Yarra Flats Park for more information.

Please take some time to reflect on the diverse cultures that have all been drawn to this spot. Some have done so for the productive nature of the soil but the unique attraction of this river landscape has also been a powerful drawcard for many.

The Friends of Yarra Flats Park in association with Yarra Riverkeepers are embarking on a major regeneration program for the billabong. This will involve weed removal and planting of thousands of native plants over several years. This aims to restore much of the original natural environment which will improve habitat for all the animals that use this location. Melbourne Water, DELWP and federal government grants are aiding this work.

Billabongs are a haven for animal life. Several species of frog are present and on a warm summer evening their calls are delightful.

The more raucous calls of Rainbow Lorikeets, Currawongs and Sulphur Crested Cockatoos come from the old trees between the billabong and the river.

At times the park's resident Swamp Wallabies will visit the billabong, however, they are quite timid and not often seen.

Tiger snakes are present, and on the move from September to May.

Other things of interest in the park: Best 10 attractions in Yarra Flats Park